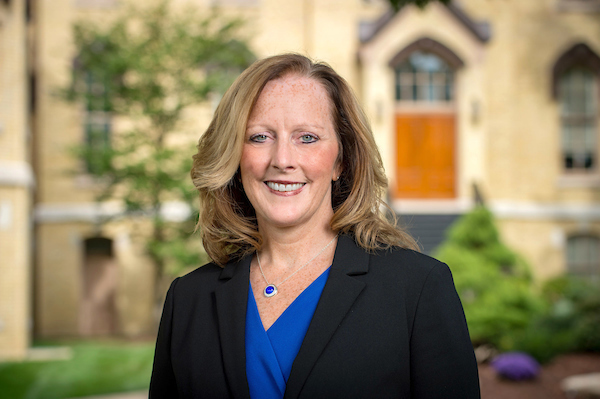 Linda joined the Office of Budget & Planning in 1998. In her current role, she leads the OB&P team and works directly with Officers and Trustees to assist in setting the financial management strategy for the University. This includes managing the preparation, implementation, and oversight of the University’s $1.5 billion operating budget and overseeing complex financial analysis and planning in support of major University financial decisions.

Linda is a Board of Trustee member at Manchester University and active on several local non-profit boards. Linda is also active with the National Association of College and University Business Officers, serving on the Planning and Budgeting Forum Program Committee, the Budgeting Publication Advisory Committee, speaking at various programs, and contributing to publications.

Prior to joining the OB&P, Linda served in professional practice at Crowe, Chizek and Company from 1994-1998. In this capacity, Linda was responsible for the audit, tax, and consulting work for approximately 45 clients. These clients included large for-profit corporations and partnerships, as well as colleges, universities, and non-profit organizations. 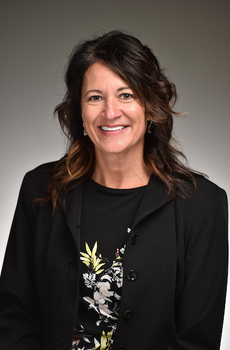 Missy joined the Office of Budget & Planning in 2012. In her current role, she is responsible for the day-to-day management of the operational administration of the University’s budget and position management as well as oversight for the training and campus support of the budgeting tools and processes.

Prior to joining the OB&P, Missy managed mergers and acquisitions and other firm-wide initiatives as the Associate Director for the Project Management Office of Crowe Horwath LLP. She also worked as Manager of Audit & Advisory Services at the University of Notre Dame and spent several years serving banking, manufacturing, and not-for-profit clients as an auditor for PricewaterhouseCoopers LLP. 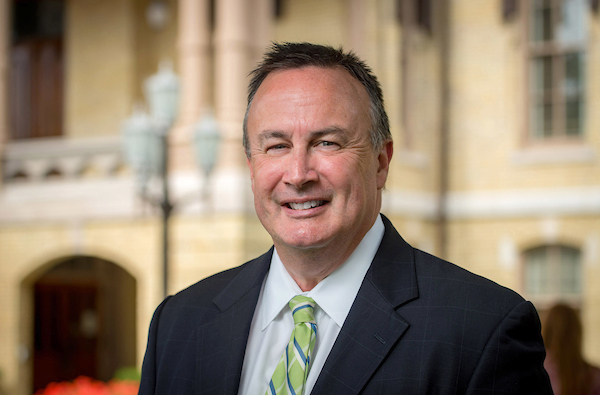 Craig joined the Office of Budget & Planning in 2010. In his current role, he supports the Campus Services and Facilities, Design, & Operations divisions. He has participated in various projects under the Financial Planning & Analysis team including work on University transfer pricing, Aviation, Student Health Services, Center for the Homeless, and Campus Security. Craig also serves on the planning committee for CACUBO's winter workshop.

Prior to joining the OB&P, Craig served the University as Director of IT Administrative Services for eight years in the Office of Information Technology and as Sr. Audit Consultant in Audit & Advisory Services for two years. Prior to joining the University, Craig worked for seven years in various accounting and financial management roles in the healthcare industry and two years in a  manufacturing company serving as a Cost Accountant. 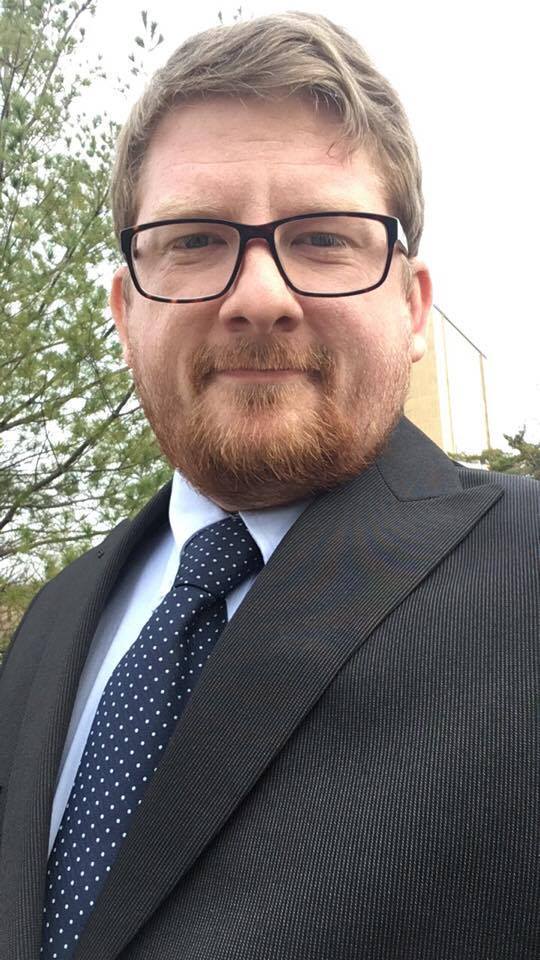 Casey joined the team on May 7th, and he will be working alongside Mike Geglio as the Sr. Technical Analyst in the Office of Budget and Financial Planning. He will focus on the support and optimization of Host, supporting business managers on their budgets, and looking for process improvements at every level.

After college, Casey initially worked for Skyline Corporation building and supporting computers and developing software for their engineers. After a few years, Casey accepted a position at Hewlett Packard Enterprise (HPE) working on public-private Medicaid implementations for the state of Ohio and Florida. He supported their claims subsystem, which is the largest and most complex subsystem in Medicaid. He also completed a high-profile project for the finance subsystem in Florida.

Prior to joining the Finance Division, Casey worked with Employee Finance Solutions in OIT. Leading the support team, he implemented new automations (HR I-9 Notify and the Bulk Campus Address Upload tool), supported HR on open enrollment in 2017, implemented Sticky Headers for GLez, and streamlined the support process. He will be celebrating his 2-year work anniversary at the University on Halloween, one of his favorite holidays. 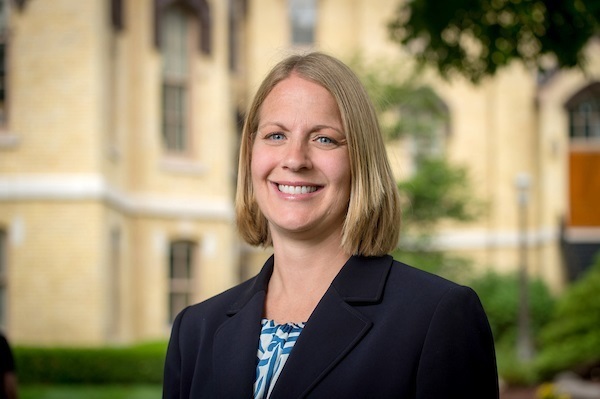 Andrea joined the Office of Budget & Planning in 2005. In her current role, she focuses on budgeting and financial analysis and planning activities at the University. Her responsibilities include quarterly year-to-date analysis, financial aid, fall and spring budget campus support and other financial analyses. She has also been a member of the Finance Division Communications & Events Committee for five years, where she is a lead on developing and distributing the Finance Division Newsletter.

Prior to joining the OB&P, Andrea was a commercial banking credit underwriter for JP Morgan Chase, where she developed analytical and credit analysis skills, established and maintained client relationships and gained a deep understanding of commercial lending and capital raising activities.

Benet Bartell joined the Office of Budget and Planning in February 2018 in the role of Program Manager for Budget Planning and Analysis. In this capacity, Benet is responsible for financial modeling and analysis in support of the annual and long-range budget plan for the University. Benet also serves as a business partner for several campus units and supports the continued rollout and campus adoption of the All Resource Planning Program.

Benet comes to the Finance Division after serving as Associate Director in the M.S. Accountancy program in Mendoza since 2015. Prior to that, he was Manager of Finance and Operations for the Performance Center for the South Bend Cubs and served as a Senior Audit Consultant for Deloitte & Touche, LLP. Benet completed his MBA and his Master of Science in Accountancy degrees at Notre Dame and his undergraduate degree at Pepperdine University.

Melissa joined the Office of Budget & Planning in December of 2019. In her role she is responsible for assisting various campus partners with their budget and forecasting.

Melissa grew up in the Silicon Valley area of California and attended Eastern Washington University where she earned degrees in Accounting, Finance, and Economics. Prior to joining Notre Dame, Melissa worked as a Finance Specialist at Cornell University and recently relocated from upstate New York with her husband Dave who works for a Catholic non-profit magazine. 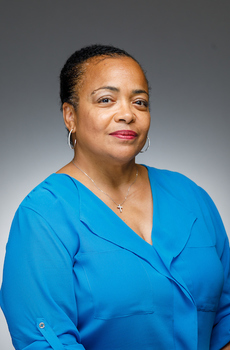 Elizabeth joined the Office of Budget & Planning in 1999. In her current role, she serves as a Financial Consultant on the Financial Planning & Analysis Team. Her responsibilities include the incentive calculation for all unrestricted budgets at the University, gathering student charges campus-wide to keep in a central repository, tuition, room and board analysis, and supporting divisions year-round. Elizabeth also leads and contributes to special projects. Also, as a member of the Early Childhood Development Center Committee (ECDC), she works closely with ECDC to complete their annual financial analysis.

Prior to joining the OB&P, Elizabeth served First-Chicago NBD, Elkhart for two years and prior to that, she was employed 10 years with Allied-Signal Energy Controls Division (formerly Bendix). In both roles, she worked in an accounting capacity.